This topic has been long overdue.

This will be a series of posts on how you can replace the AWS ELB’s inside your VPC’s with a self managed load balancing solution. This will be too long for a single blog post so I decided it was best to split it up into parts.

Let me start at the beginning.

The product I was working with had a significant number of components that were communicating with each other. A long while back the product had decided to front all communication between components with a load balancer - for a good number of reasons such as:

Simple load balancing example - something that you can see anywhere. The load balancers - were HAproxy.

A simple visualization of this would look something like this. 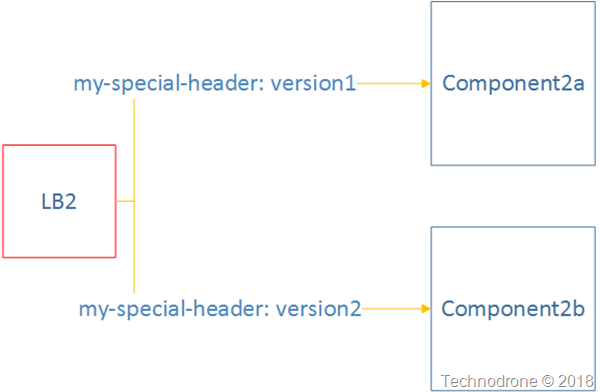 The team had already deployed this product and now it was time to move over to AWS.

The first part of the discovery was to identify how we could accomplish as much as possible of the solution while using the services that were provided by AWS - instead of deploying our own. one of the items for  discussion that came was of course the Load balancers we were using - and if they could be replaced with AWS ELB’s.

Here were the list of requirements (and the current solution that was used met all the requirements):

AWS met all the requirements except for #4.

There are options to route traffic based on HTTP headers in the AWS Application Load Balancer but they are limited (to say the least), you can only used a Host header or a path in the URL.

This was not an option, the engineering teams were not going to refactor the applications just to adapt to the AWS ELB. This caused me to go back to the drawing board an see how we could still use the know HAproxy solution inside of AWS - despite the well known problems.