This is Part 3 in the Replacing the AWS ELB series.

So how do you go about using an IP address in a VPC and allow it to jump between availability zones?

The solution to this problem was mentioned briefly in a slide in a re:invent session - which for the life of me I could not find (when I do I will post the link).

The idea is to create an “overlay” network within the VPC - which allows you to manage IP addresses even though they don’t really exist in the VPC.

A simple diagram of such a solution would look something like this: 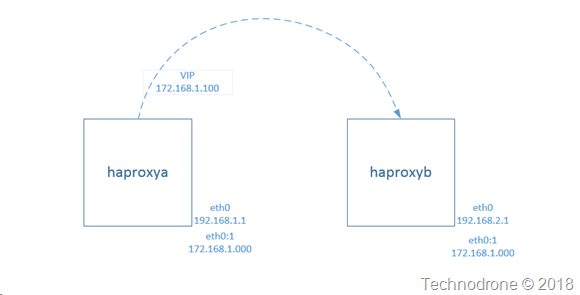 Each instance would be configured with an additional virtual interface - with an IP address that was not part of the CIDR block of the VPC - that way it would not be a problem to move it from one subnet to another.

If the IP address does not actually exist inside the VPC - how do you get traffic to go to it?

That is actually a simple one to solve - by creating a specific route on each of the subnets - that routes traffic to a specific ENI (yes it is possible). 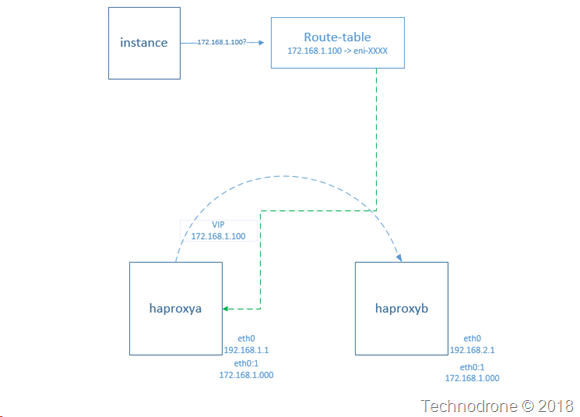 An instance will try to access the virtual IP - it will go to the Route table on the Subnet and and because of the specific entry - it will be routed to a specific instance.

The last piece of the puzzle is how do you get the route to jump from one instance to the other instance of haproxy, this would be the initial state. 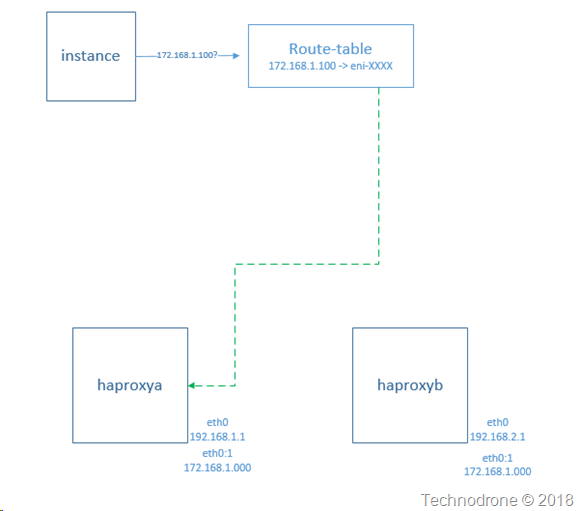 haproxya fails or the AZ goes down 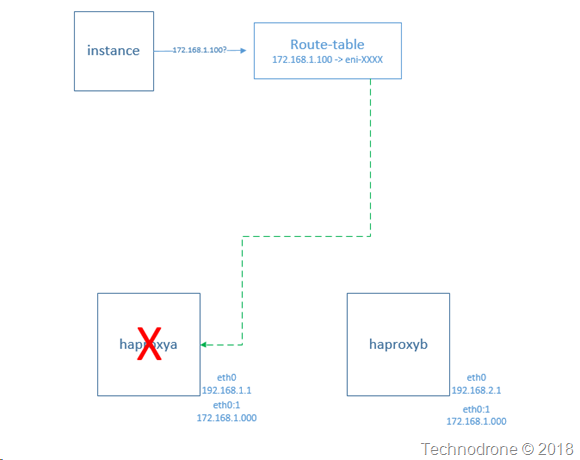 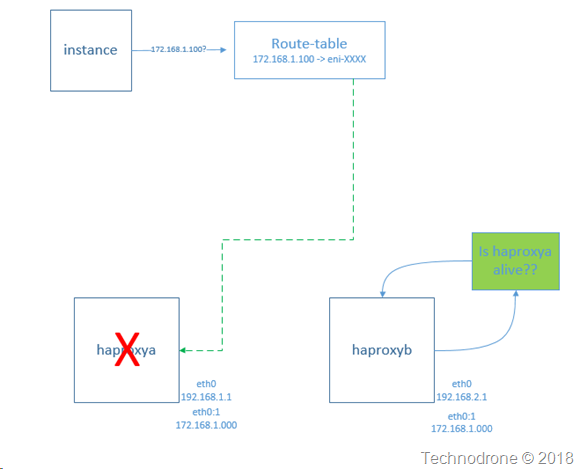 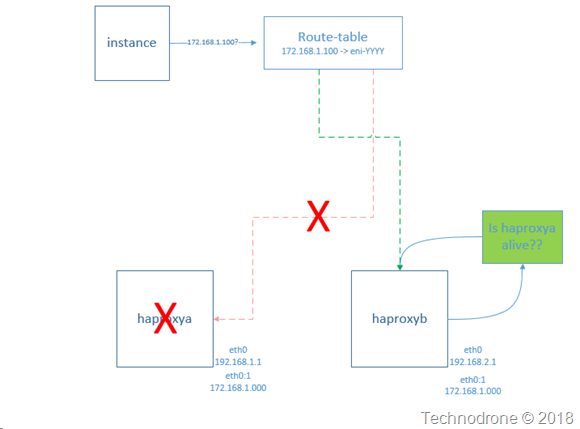 In the next post - we will go into a bit more detail on how the network is actually built and how the failover works.