This is Part 4 in the Replacing the AWS ELB series.

Why does this whole thing with the network actually work? Networking in AWS is not that complicated - (sometimes it can be - but it is usually pretty simple) so why do you need to add in an additional IP address into the loop - and one that is not even really part of he VPC? 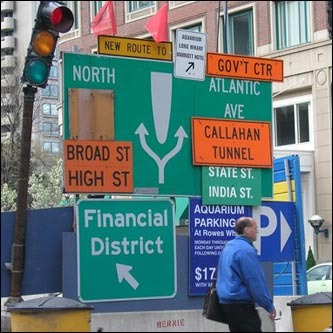 Maybe not such a clear sign after all
(Source: https://www.flickr.com/photos/nnecapa)
Here is what a standard route table (RT) would look like

You are the master of your RT - which means you can route traffic destined for any address you would like - to any destination you would like. Of course - you cannot have duplicate entries in the RT or you will receive an error.

And you cannot have a smaller subset the traffic routed to a different location - if a larger route already exists.

But otherwise you can really do what you would like.
So defining a additional interface on an instance is something that is straight forward.

This will create a second interface on your instance.

Now of course the only entity in the subnet that knows that the IP exists on the network - except the instance itself.
That is why you can assign the same IP address to more than a single instance. 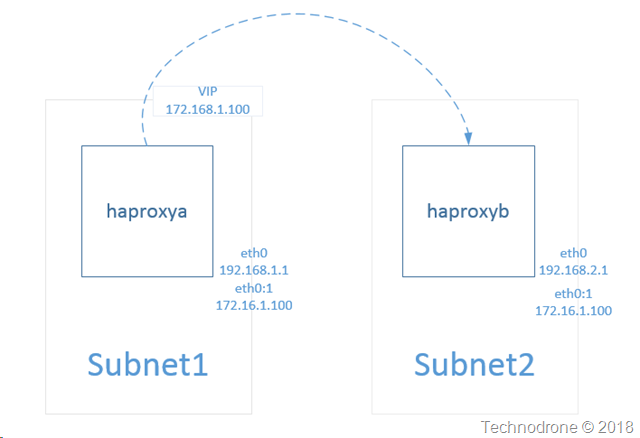 Transferring the VIP to another instance

In the previous post the last graphic showed in the case of a failure - haproxyb would send an API request that would transfer the route to the new instance.

That is a regular bash script - and that bash script - can do whatever you would like, luckily that allows you to manipulate the routes through the AWS cli.

The parameters you would need to know are:

Now of course there are a lot of moving parts that need to come into place for all of this to work - and doing it manually would be a nightmare - especially at scale - that is why automation is crucial.

In the next post - I will explain how you can achieve this with a set of Ansible playbooks.