I don’t always do these kind of posts but 2018 was a substantial year for me that warrants a short summary.

I released the AWS Powershell Container - gauging by the number of pulls - I guess that is was not that useful.. :)

I completed my 5th AWS Certification. The post was also translated into Hebrew as well.

I presented a session at the DevOps Israel conference

I left Cisco (NDS) after 13 years and started a new position at CyberArk.

I became a lot more involved in the Israel Cloud community (for example Encounters in the Cloud - Interview).

I went to re:Invent again this year - and it my posts Keeping Kosher at re:Invent 2018 and How I Get the Most Out of #AWS re:Invent 2018 (Hebrew version) were very useful not only to me - but from what I heard - to others as well.

I was a guest on the Datanauts podcast - Datanauts 143: Getting To Day 2 Cloud.  I found out - that this episode was the most popular episode of the year 2018 on the show. Respect! 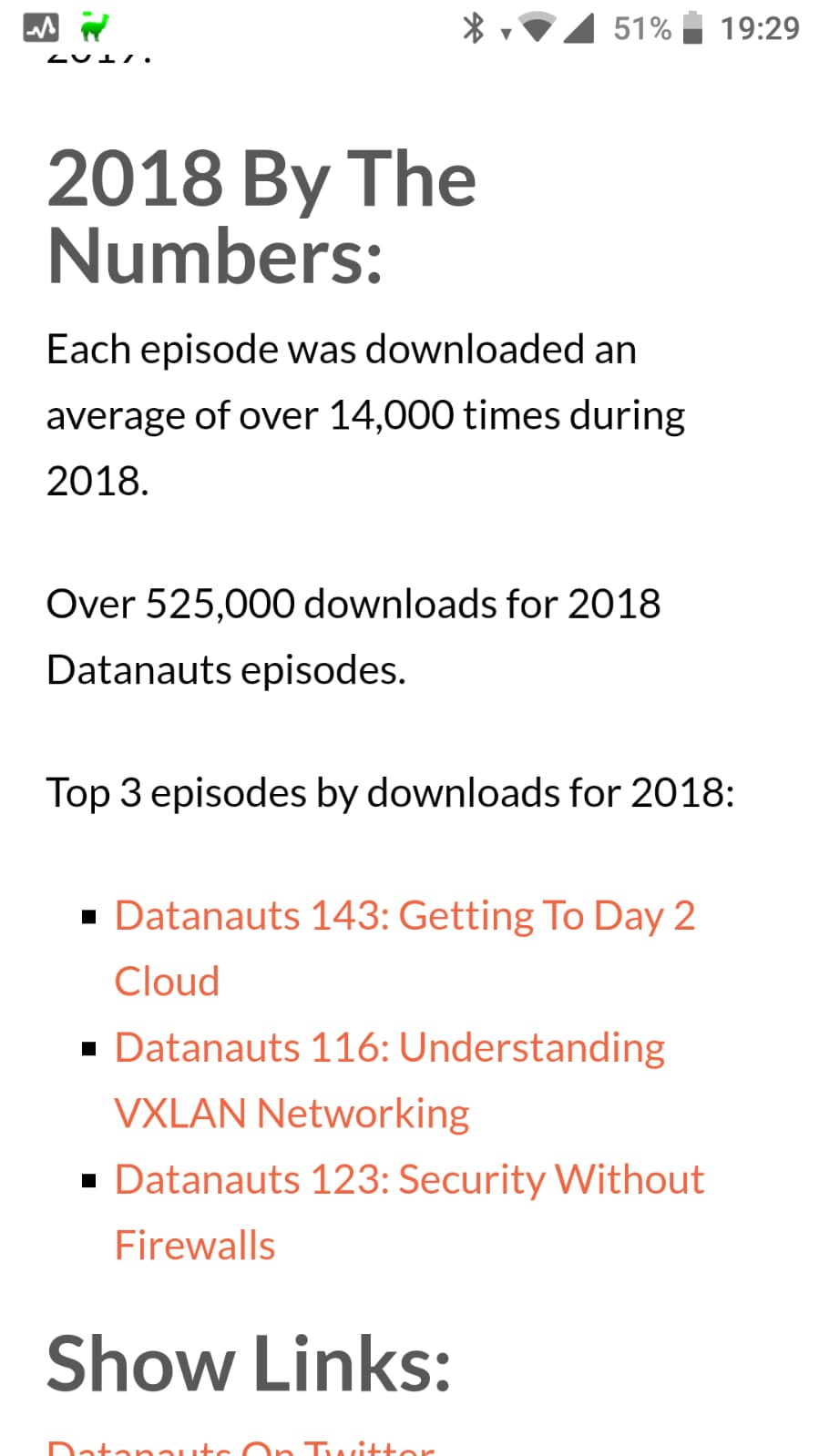 I presented an Ignite (in Hebrew) at DevOpsDaysTLV

And last but not least - I released the AWS Visio Stencils

One thing that I neglected (badly!!), was my writing the rest of The Cloud Walkabout - which is something that I will make the most effort to rectify this year.

Looking forward to 2019… Upward and onward!!