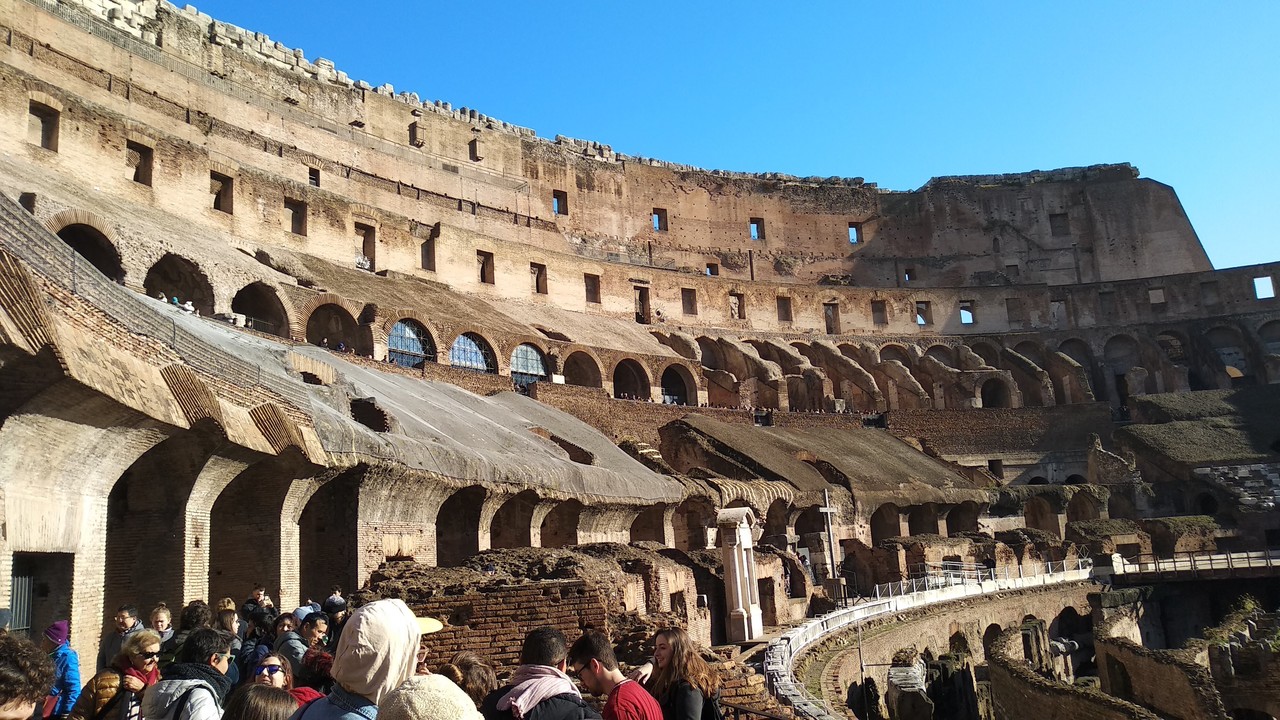 I am currently on vacation in Rome (my first time) and during this trip I came to a number of realizations that I would like to share with you.

I went to the Colosseum today - and I have to say I was in awe. The structure is magnificent (even if the remains are only part of of the original structure in all its glory). As I progressed throughout the day - I came to the following realizations.

(.. and of course how they tie into our tech world today)

Throughout ancient history - all the great empires (or what were once considered as such) were barbarians. They left legacies that remain to this day - but none of them were earned honestly. Most of the great wonders of the worlds - from the pyramids to the Colosseum to the great wall of China - these were all built with slave labor. The Romans conquered the world, enslaved almost every country they touched - used them to build an empire. I think it is safe to say this how the world used to work. Today, this would not be acceptable. Slavery and taking advantage of the other is not correct.

The knowledge was there, the brains were there, but they needed working hands get the shit done.

That is why people outsource development resources to places where labor is cheap (India for example) but leave the brains at home and only let the ‘workers’ churn out the hard stuff.

There are several problems with this - and we are seeing this today in many walks of life. Some companies understand that even though the labor is cheaper, the quality and speed with which the work they wished to complete - is not what they expect. In the olden days would be able to terrorize your slaves into working to their deaths to provide what you want. This happened in ancient Egypt, in ancient Rome, pretty much everywhere. But that does not and cannot happen today. So we do one of two things. Instead of working the people to their death we provide incentives to produce more, be it higher salaries, better conditions, bonuses - hoping that this will encourage (or should I rather say force) people to work harder. The other option is - we compromise on quality - or on delivery times - which either pisses off our customers because we are late, or pisses them off - because the product is not as good as we promised.

It is obvious though - that the easiest way for us to produce - is not by training the talent from the ground up - but rather let someone else invest that time and effort - and when we have the opportunity, swoop in (in the olden days conquer) and reap the benefits of someone else's work.

In today's world we see this with most big companies acquiring smaller ones. Growth by Acquisition. Cisco has built its empire over the years in this way. You can't build an amazing Wireless product - buy one. VMware the same. You can build a great Kubernetes offering - buy one.

This is the way business works. Sometimes these mergers work and make the company better and sometimes they fail - dismally. Sometimes the talent gets incorporated but that is not always the case.

It will all depend on how much you want to invest in the knowledge you acquired, and how much you become one with those people that bring that knowledge to the table.

Religion is funny thing. I think I can say there is really only one religion that has stayed with us from the beginning and that is Judaism. Christianity became a well known religion - somewhere around the 4th century. Islam - somewhere in the 7th century. All the ancient kingdoms, rulers, empires, no matter how great they were, how much of the world they conquered (or tried to) - they no longer exist. The only true thing that people will cling to is an idea, a belief. Something that is emotional.

The Persians built an empire - it is no more.

The Egyptians , the Greeks, the Romans, the Ottoman empire, the list goes on and on and on - all gone.

In our technological world today, it is hard to call anything eternal. Computers have only been around for less than 100 years. But even with its young age there are already religions forming around technology and it use..

It is very hard to convert someone from one religion to another, sometimes with works some severe, and more severe, and sometimes less severe persuasion but there are cases where people will change their mind.

Technology - is still in its infancy - we might not realize it - and the rate at which things change is grower faster and faster as we go along.

I think I got a bit lost in the journey and lost sight of the end goal here - so let me get to the point.

Emotion, making it personal, and connecting with what you do - is something that will always stay with you. The technology you invest in, your day-to-day job, the tools you use - they will evolve and change - they are not eternal.

That is who you should be!