In this post we will dive in to the first pillar – Developers.

I apologize in advance – but I will be using a number of stereotypes in this series – on purpose. I will probably exaggerate – also on purpose – but this is in order to get a point across.
I do have the utmost respect for all people in all three pillars – and I promise you, I will dump on each and every single one of the pillars (hopefully equally). 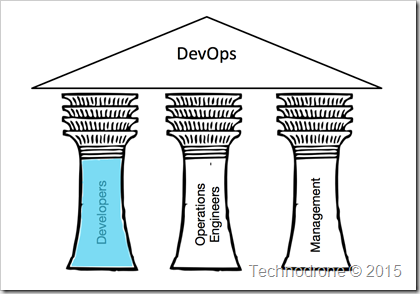 Whenever I hear someone say developers – the first thing that comes to mind is the famous Steve Ballmer dance.

But these people are not as crazy as Steve on stage.
They are probably the people that work with you side by side. They create the things you use – daily.

For example – I can guarantee you that no Operations Engineer or management director was the one who wrote the applications and the functionality built into something that each and every one of us use every single day.

All of these things need to be written in code. And I have the utmost respect for people who have the capability to create something from scratch and build it into something like the examples above.

Being part of the Pillar

Not being part of the Pillar (or being Samson) 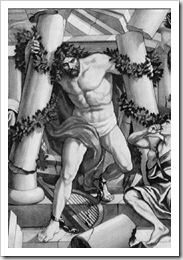 Next Up we will look at Pillar #2 – Operations Engineers.