Over 6 weeks ago I posted that I was going to embark on a journey, another book journey, and this time it was an OpenStack one.

I have been wanting to write this for a while – but so much has been happening – that I just have not yet got around it until now.

I first would like you all to visit these two posts:

As were the others, I was also skeptical about if such a process was even possible – but it was and I find it was actually a great success.

Everyone I have spoken to since the sprint was surprised that you actually can write a book in 5 days, it just shows that with a group of dedicated, task driven individuals – that have a deadline, and a common goal, it is possible.

So how did it actually work?

VMware (thanks to Scott Lowe) was kind enough to host us for these five days. 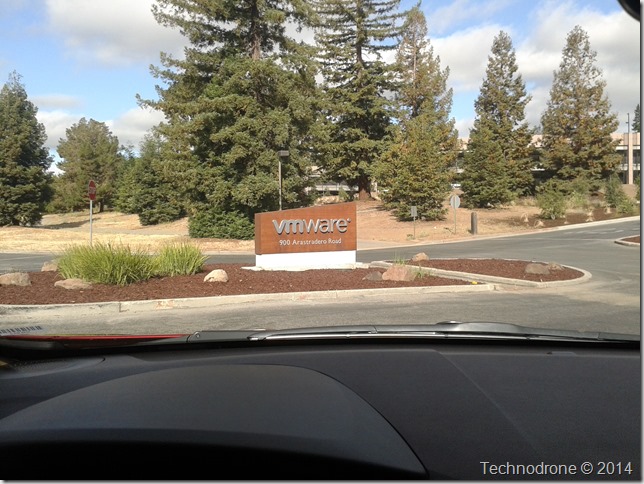 It was the first time I had actually been to the VMware campus – so this also was a first for me.

The diversity of the people involved was – I think – a good mix. There were Networking people, Openstack people, Architects, Storage Architects, Writers, Infrastructure Administrators, Project managers, a bit of everything. Each of us had input from a different aspect into the content that was going to go into the book and how it would be written.

The first day was mostly dedicated to the book structure, what the content should be about – who the audience should be, layout and such. 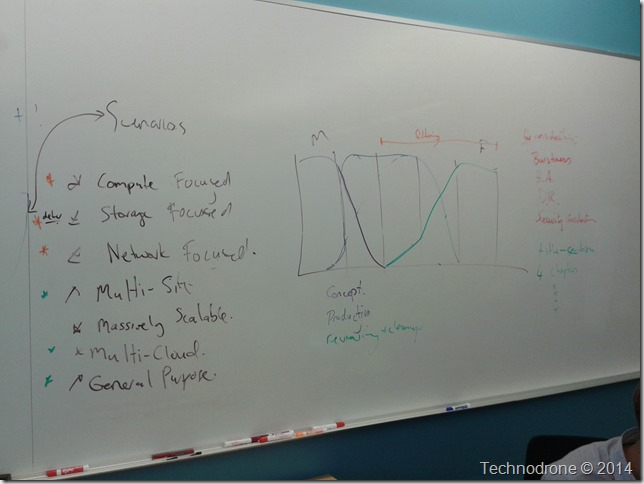 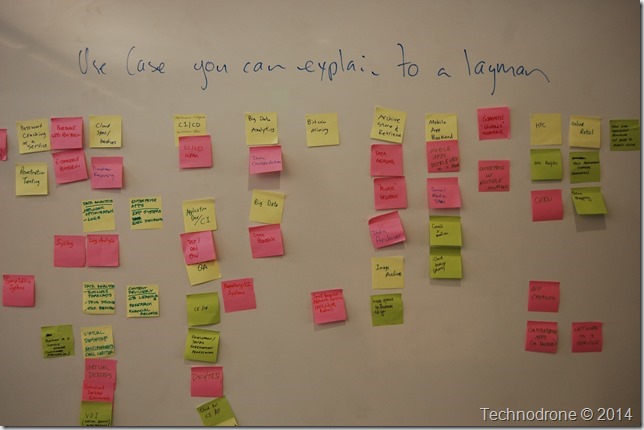 A good amount of brainstorming, discussions – getting to actually know each other – because not everyone was acquainted with everyone else.

The graph on the picture above is actually better explained here 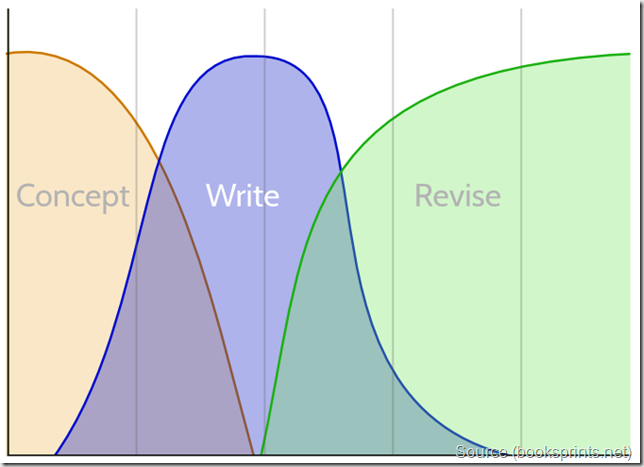 Each of the vertical lines is a day. As you can see the concept of what actually goes into the book is mainly done on Day 1 and a bit on Day 2. On Day 1 you also start creating the content where most of it is done on Day 2-4 – where at the end of Day 4 – almost all of the content is actually done. Revision starts on Day 3 and continues all the way till the end. And this exactly how it went.

We broke up into groups that would do the writing according to chapters. At first discussions in each group – what should go into the chapter, then high-level chapter points and then after that churning out content.

We had some problems with the software that we used, mainly because the majority of us are used to having tools where you can collaborate simultaneously on the same document (Google Docs or Etherpad) and here we were limited to one person on a section at a time. We found the middle ground of working with all of the above and synchronizing content – that allowed us all to work efficiently and keep the flow of the Sprint going.

I expected there to be some bottlenecks along the way – due to the fact that in order to have the book come out as though it was written in a “single voice” – it needed to go through what Adam (our moderator) called a “filtering process”. That mean it needs to go through one or two people that will organize the content with the same narrative, line of thought and style. And evidently that is what happened towards the end

Obviously we had different writing styles – so adaptations needed to be made along the way.

@JamesSchallau Just world-shattering decisions like whether or not to use “you” in the #OpenStackDesign guide. :-)

And so we trudged on – writing, editing, creating diagrams, and re-editing.

The combination of the constant supply of caffeinated soft drinks, M&M’s and other sugar saturated stuff, was about enough to get us through the sprint.

Getting to the end of Friday with checkmarks across the board was a very satisfying feeling. 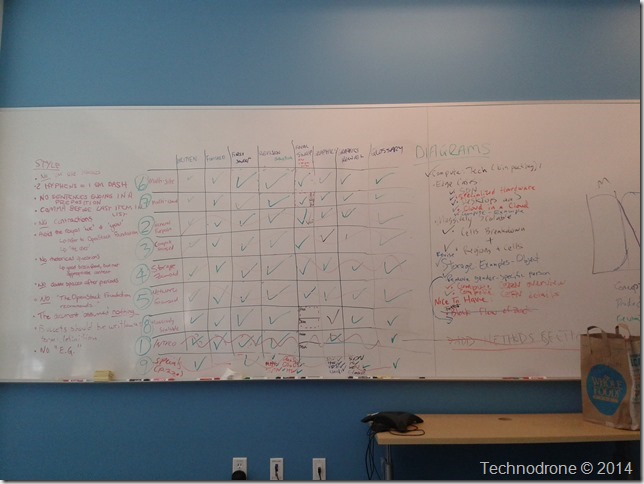 I had a great time, a wonderful experience. Out of all of the participants I had only ever met Scott Lowe, all the others were either through interaction over Twitter or other means, but not in person.

It was a enlightening experience, very satisfying and something I would definitely do again if I have the opportunity.

I hope my co-authors can forgive me for the Kosher food they had to eat during the Sprint – I must say home-made cooking (especially my wife’s) is a lot better than what we all got. So whenever you guys are are in Israel for a trip – I will be happy to invite you all for a home cooked meal.

And now for the finished product. 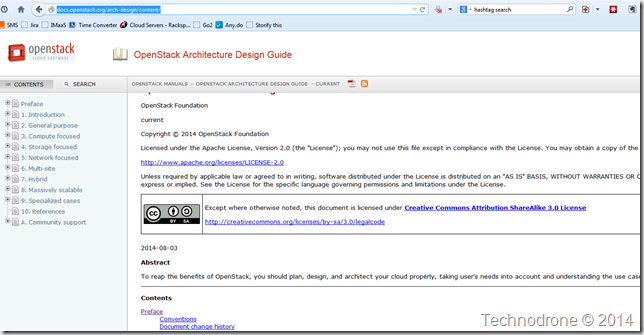 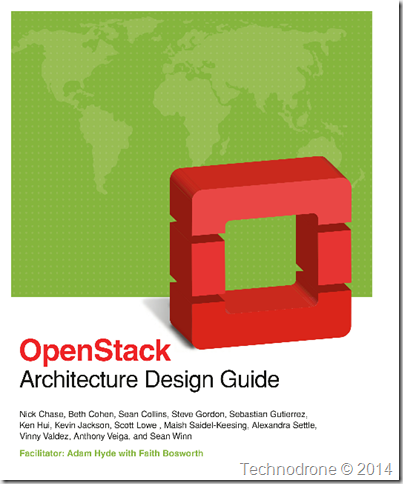 You can browse through a full set of pictures taken at the event here.

All the authors have proposed a OpenStack Summit Session for the upcoming Paris Summit - The OpenStack Design Guide Panel – please feel free to cast your vote!