One topic of discussion that surfaced during the summit today was an article published on the WSJ yesterday Red Hat Plays Hardball on OpenStack Software – and shortly thereafter Barb Darrow published this one -  Is Red Hat the new Oracle?

Here is a relevant piece from the WSJ article:

In its quest to sell OpenStack, Red Hat has chosen not to provide support to its commercial Linux customers if they use rival versions of OpenStack, according to documents reviewed by The Wall Street Journal. The company’s support, which includes providing bug fixes and helping customers if they run into technical problems, is a key reason people use Red Hat rather than free versions of Linux.

And another from the Gigaom article:

What we didn’t necessarily know until the Wall Street Journal (registration required) reported it Tuesday night is that Red Hat — which makes its money selling support and maintenance for its open-source products – would refuse to support of users of Red Hat Enterprise Linux who also run non-Red Hat versions of OpenStack.

And then people threw a fit.

Even some of Red Hat’s largest partners say its actions contradict the spirit of the open-source community. In contrast to proprietary software, open-source programs can be modified by users, and typically interconnect with competing programs.

“Red Hat has taken the art form of closed open-source to a new level,” said Martin Fink, HP’s head of its cloud business. HP sells and supports Red Hat’s Linux software, but it also competes with Red Hat in the OpenStack and cloud-software market.

Wow, this is a sad day for open source and Red Hat. Red Hat has lost their way.

Historically, Red Hat was committed to supporting RHEL as a guest OS with the caveat that a problem believed to be caused by the host OS (hypervisor) would need to be reproduced in isolation or on Red Hat’s own stack.

Was the wording correct? Will Redhat not support anything if I am running anything but RHOS?

I gather not – I actually think that would violate a number of laws saying that you cannot deploy anything else in your datacenter besides redhat – otherwise we will not support you. 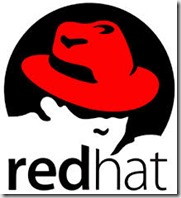 But still why the bashing?

Redhat have a product, they are investing, time, money, and resources into the active development of RHOS – and they are marketing the product.

Each and every product has a support Matrix.

VMware has their HCL and their supported guest OS Operating systems. If you so wish to deploy on a whitebox or on something that is not on the HCL – then you are on your own. That is their prerogative – they invest money in checking that it will work on certain hardware – and the same way that a certain OS will work on the Hypervisor – is how they can assure that the product works – as expected (hopefully) and you get what you paid for. Will VMware support you if your guest running on Hyper-V managed under vCenter (yes it is possible) crashes – of course not – they will send you to Microsoft for that.

The same way that Redhat certifies the hardware for Redhat Linux – means that if you run it on a server not on the list – you are on your own! Again, that is their prerogative – they invest money in checking that it will work on certain hardware – they can assure that the product works – as expected (hopefully) and you get what you paid for.

Suse Cloud – offer a solution – with support as well. Do you think that they will support hypervisors running Ubuntu? Or Redhat? Or deployed with Mirantis/HP/Dell/<Enter your favorite vendor here> ?

Of course they don’t – and why do you think that is so? Because no enterprise company in their right mind will be able to provide a viable model of business if they do not control what is happening underneath?

Yes - Redhat is the “King” of open source. The biggest backer of open source – and I think that is why they are taking a hit here. They are an enterprise – they are not getting into OpenStack for the fun of it – it is a huge market opportunity – and hence worth a lot of $$$.

It is a jungle out there people – and it is every company for themself.

One last thing – The fact that Redhat will not provide support for a Redhat guest instance running on a
non-Redhat OS (https://www.redhat.com/resourcelibrary/articles/enterprise-linux-virtualization-support) is a whole different story. For those who did not understand the hint – running RHEL on Ubuntu – is not supported!

Disclaimer: No open source companies were harmed during the writing of this article – maybe some egos were bruised – but hey - they will get over it.