I have stated before (here), vCenter Orchestrator was the least utilized and least understood product in the VMware product suites, which is a shame – because the capabilities in Orchestrator are pretty much endless.

I started to do some number crunching and the results are quite interesting (although obvious).

Let us have a look at the number of threads in the PowerCLI community vs. the Orchestrator community over the past 4 years 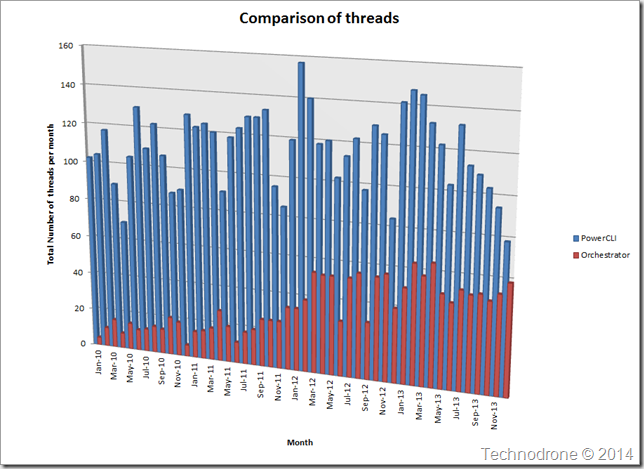 You can see of course that Orchestrator is far behind and that PowerCLI is the most popular over the years.

Again PowerCLI seems to be the most popular.

How about how many posts were there in each of the communities on average per month? 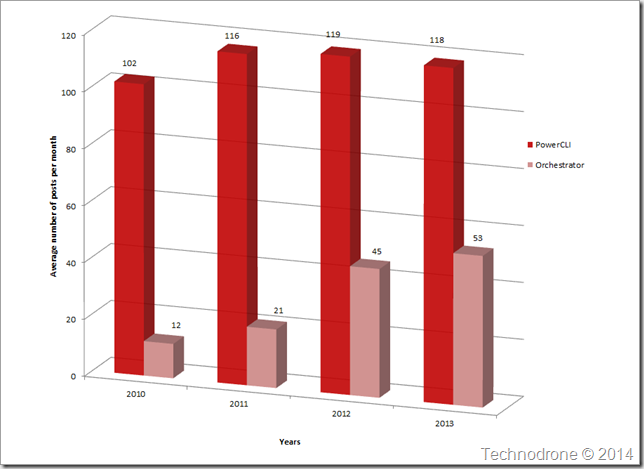 Some of my analysis on the data above.

I am extremely happy that people are finally getting better use of vCenter Orchestrator. I was suspecting this was the case – and now we finally have the numbers to back this up.

There are 3 very strong VMware employees that are monitoring the Orchestrator community - Christophe Decanini, Burke Azbill and Jörg Lew – all of them really know their stuff! (I would advise that also follow them all on Twitter if you are not already) 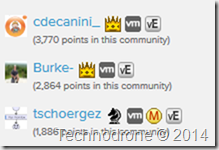 For the PowerCLI community – the one and only Luc Dekens (the man who eats, breathes and sleeps in the community),  Robert van den Nieuwendijk and Hal Rottenberg (all of them should be in your Twitter follow list). As opposed to the Orchestrator community – none of these three are VMware employees, which (in my honest opinion) shows their devotion and dedication – and their continued contribution to the PowerCLI community. 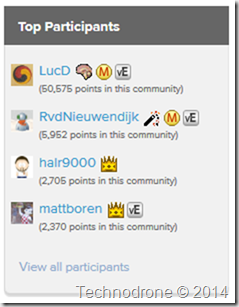 The one thing that does come here to mind – is that the other virtualization vendors or the other solutions – do have quite a way to go until they are at the level which VMware has achieved.

I will leave you all with these final words… 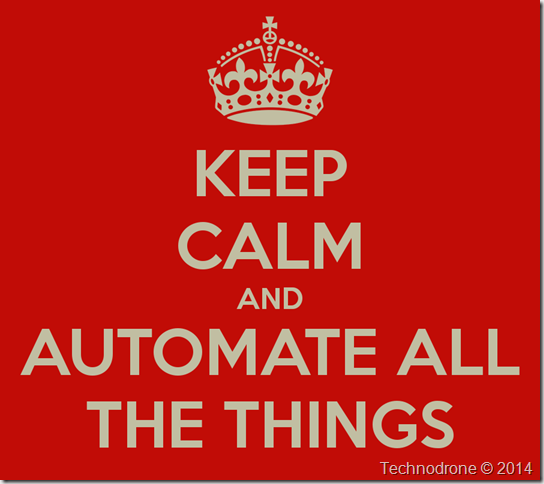