I have asked for this…. Begged for …… Ok not begged, but I did ask nicely.. a number of times, a great number of times!!!!
One of the slight drawbacks of working in vESXi is that you could not configure a virtual 10Gb Ethernet card. Why would you? Because you can of course but also because if you wanted to see what would happen in a lab before implementing 10Gb Ethernet in your Production environment– the only way to do it was with a physical server and a physical NIC. This would have been ideal for testing the implementation of NIOC for example.

And why was this – because the only Virtual Network Adapter type that worked up until now was E1000. VMXNET3 would not work. As you are aware – VMXNET3 presents itself as a 10Gb adapter to to Guest Operating Systems.
Until ESXi 5.1.

I noticed this in the release notes.

What was that VMXNET3 in a VM running ESX?
So I tried it out and lo and behold…..

Ladies and Gents… I present to you a vESXi with 10Gb Ethernet adapter. 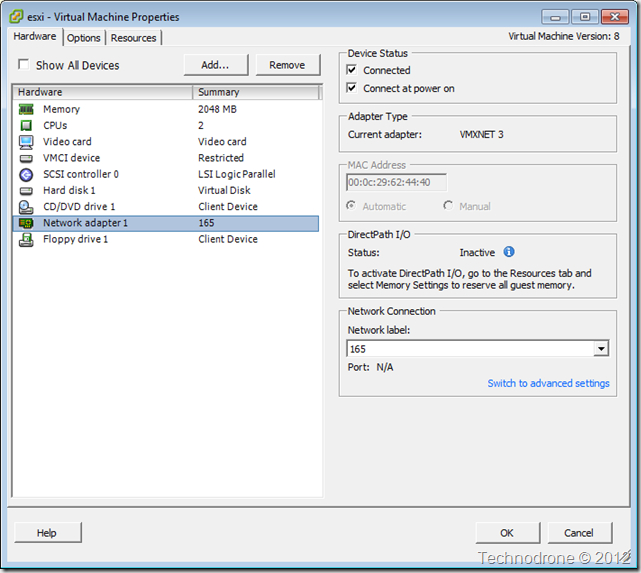 And how do I know that it is 10Gb? I looked in the console. 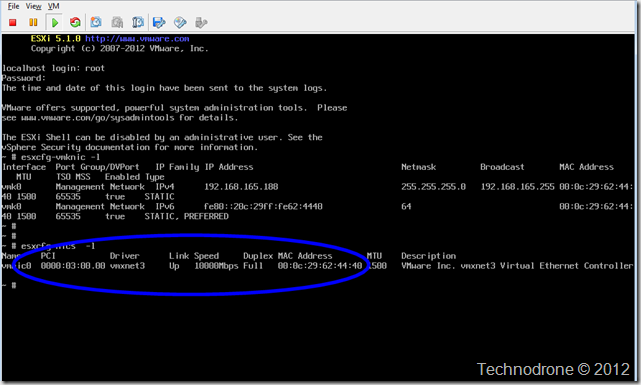 Besides the fact that vESXi is not supported – as noted above – this could cause your vESXi host to crash.

You have been warned…!!