So if you have not heard by now Veeam have released the 6.1 version of Veeam Backup & Replication.

Here are some of the new features

Version 6.1 includes a new capability for performing ad-hoc backups. In many
ways, it functions like a zip utility for VMs. For this reason, it’s called VeeamZIPTM.
Use VeeamZIP whenever you need to: 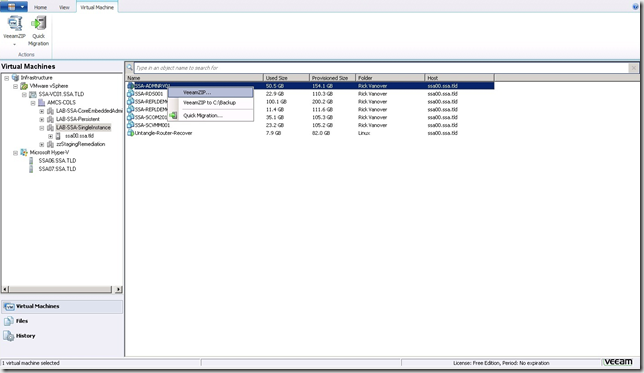 Version 6.1 introduces a new free mode. The free mode, called Veeam Backup Free Edition, provides
a subset of the functionality in the full (paid) editions of Veeam Backup & Replication, including VM
and file recovery. So if you ever need to perform a restore but don’t have access to a Veeam backup
server, you can simply download and install Veeam Backup Free Edition. You don’t need a license key,
and you can recover VMs, VM files and guest files.
Veeam Backup Free Edition also includes file management capabilities. For this reason, it is sometimes
referred to as “the New FastSCP”.

Version 6.1 extends Veeam’s patent-pending vPower® technology—as well as Instant VM Recovery—
to Hyper-V. vPower runs a VM directly from a compressed and deduplicated backup file on regular backup
storage. You can run a VM from any restore point (full or incremental), without changing the backup.
vPower enables Instant VM Recovery, which lets you restart a failed VM from a regular backup
in as little as 2 minutes.

There are a number of additional enhancements as well – and I advise you to go over the release notes for the full list. 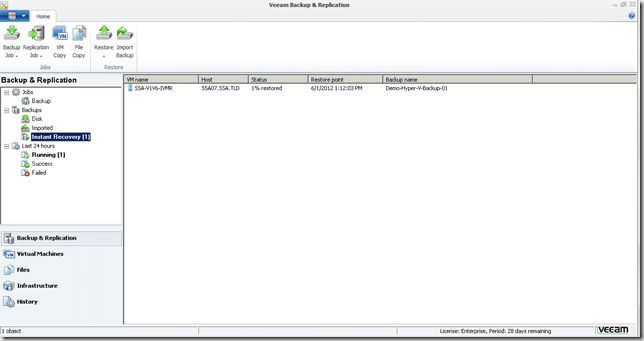 Even though Veeam is a sponsor on my blog – I was not asked or paid to write this review. I did receive a pre-briefing under embargo until the product was released and a 30-day trial license for the enterprise version (which you can get on their site for free anyways) + some marketing material.

The product looks interesting and having the option to backup your VM’s – albeit in a somewhat limited way – is a great thing to have – so thank you Veeam for thi gift. I have always like FastSCP (even though the product has not been developed actively as of late) – and already had some ideas about how to make use of the new product in unconventional ways – but unfortunately the functionality is not there (moving VM’s between hypervisors…)