Well I am happy to say that the election is underway and I have already voted.

Kenneth Hui had an interesting post about how OpenStack Is A Social Contract and how people in the OpenStack community should be rushing to vote.

I had a few thoughts about the change of quorum that is proposed.

Elections are never easy, but it is the only way to get the opinion of the public and your constituents. OpenStack as a community is no different.

I have seen a growing number of posts or tweets about requesting people to cast their vote. There is a concern in the air (at least that is my personal feeling) that a quorum will not be met. This will have a number of implications on the changes in the bylaws, which could be a problematic for the future growth of the community. I am not going to go into the subject of, if I am in favor of the changes or not – we are all entitled to our own opinions.

Accepting results if only a minimum of 10% of the members of the community participate.

(I would like to clarify – that results of a vote are valid – even if the number of participants are low).

According to Stefano Maffulli’s post – the people who can vote are those who are “active members of the OpenStack Foundation”.  The number of people who vote for the TC elections – is going down. The bylaws define “active members” is defined as a member who has participated in one of the last two board elections.

The number of people who have joined the OpenStack foundation has grown so large that it will be very difficult to achieve a quorum going forward.

If you are interested in participating OpenStack, take the time and make the effort to sign up, then you should also make an effort to exercise your right and vote.

Take a national election for example. What would happen that if for the parliament or president – you needed a quorum? That does not happen. It cannot happen. An election is a democratic process, where each eligible is asked to participate. If they choose not to – then that is their right – but you cannot nullify the whole election – when not enough people vote. 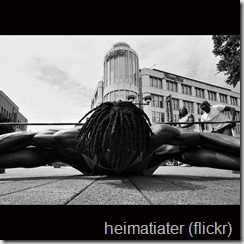 I think that a quorum is the number of people who vote. There should be no minimum.

This does not change the fact that today this has to be changed – because the bylaws today state a number of 25%.

It just seems strange to me.

Lowering the threshold – the question is how low do you go? Instead of having to go through this again in the future – it better to remove that obstacle now than have to beg for people to vote in order to achieve a quorum.

Your thoughts and comments are always welcome.