Well this morning I thought that I had missed something (which I usually don’t) - and that Paul Strong was appointed as the new CTO succeeding Stephen Herrod.

What made me come to that conclusion you might ask - it was this article.

Forgive the ignorance but when did Paul Strong become the new CTO?

And it seemed I was not the only one. 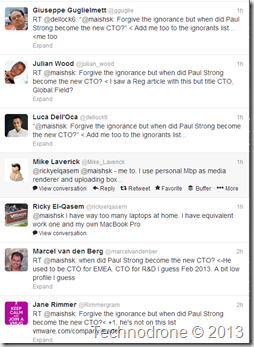 I have heard from within VMware that Paul Strong was not appointed as the new CTO (he is the CTO for Global Field- but not THE CTO), so I do not know where The Register got their information from.

Which now brings me to another and more important question. How long can VMware go on without filling Stephen’s shoes? Stephen left his position as the CTO on January 15th, 2013. 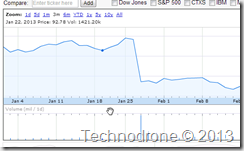 Shortly  thereafter (related or not I do not know - I am not a financial buff) the VMW stock took a beating, dropping almost 20 points, today the stock it still at around the same level (after some ups and downs).

Stephen was (and still is) highly respected for his leadership qualities, his vision and his part in bringing VMware to the place they are today. I do not think there were many who were not shocked about the announcement - it was not something that many predicted. The community - especially the active virtual community hold him in high regard.

So the obvious question is what is taking so long to replace him? I do say that his replacement will have to live up to high expectations, from the shareholders, from the community and also from the customers. His spot is not an easy one to fill. I personally do not know enough about the “visionaries” within VMware who can replace him, or perhaps it will be someone from within the “mothership” (gotta love speculation).

It will restore peace to the the world, calm to the schizophrenics and .. 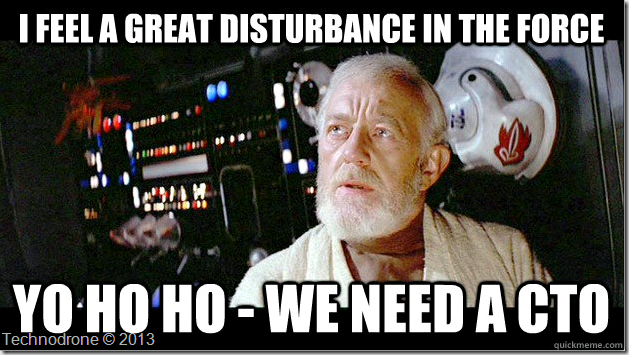 Please feel free to leave your comments and thoughts below.