Yesterday was a busy day, lots of announcements I would like to put down my thoughts on the fact the VMware will now get into the Public Cloud market in direct competition with Amazon.

We saw this coming - it started with the vCloud Service that VMware announced about 6 months ago - an open Beta - that actually was not free. In my blog post vCloud Service - I Asked Myself - Why? I explained why I think they started the service.

The Public Cloud market was too big for VMware to pass up. Every second, the sound of pennies/dollars dropping into Amazon’s pockets - is a big temptation. I guess that VMware are looking to grow, looking for new sources of income - and there are two major areas were this can come from. 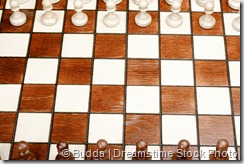 The first is from the mobile market. VMware have already got a very big foot in the door with their Horizon Suite of products, again they are most probably the market leader in this emerging market. I guess that there main market and that is the hypervisor will continue to bring in business - but will not be their main source of income - as it has been for several years.

The second is the Public Cloud. VMware have been there pretty much since the beginning - you could even say the leader in the market - but not really. There is really only one real Public Cloud company - and that is Amazon. Azure also have their Public Cloud - HP, Rackspace as well. But the most feature rich, the most innovative, the most advanced is AWS - without a doubt.

VMware’s strategy was to enable their partners to compete and build their own Public Clouds, but as I said in the post above - it was not on par with what AWS has to offer. Really not the same.

So what does this mean for the End User?

What does it mean for VMware?

The move has been brewing for a long time within VMware, I remember speaking about this possibility on several occasions over the past year with a number of people in the community and the industry on when VMware would go to a Public Cloud of their own. There were opinions heated discussions, some agreed, some did not.

To summarize (as I see it).

VMware tried to get vCloud out there, the world was not ready for it, and was certainly not willing to accept a per-VM model - far too expensive. VMware acknowledged that, with the move to the vCloud suite - which brought back the well-known and accepted per-CPU licensing.

The public offering of vCloud started to grow, but not enough, not fast enough. Amazon was growing bigger and better, other clouds were starting to pop up - HP cloud, Rackspace, and they were not based on vCloud. Yes there was adoption of several SP’s that were growing nicely with vCloud but still it was not it.

VMware has made a strategic decision to go head on with AWS (and yes they are the real only competitor that I assume they are targeting) - something that at the moment I cannot foresee how this will play out.

I do think this will be a rough year for the new VMware Hybrid Cloud. They will be taking flak from all sides. They will get kickback (and I assume it will be verbal) from all their Service Provider partners that just got a huge kick in the teeth with announcement.

I am adding to my calendar a reminder to review the subject in 3 months.