Yes I said the “v”- word again. That “dirty” term that was abolished at VMworld 2012 this year.
(forgive the cynicism)

To my surprise – it is still haunting me – and I suppose soon us all.

A week ago I received my first vCloud Enterprise Suite license.

Happy as can be, I added it into my vCenter Server and then I realized something which was strange.. 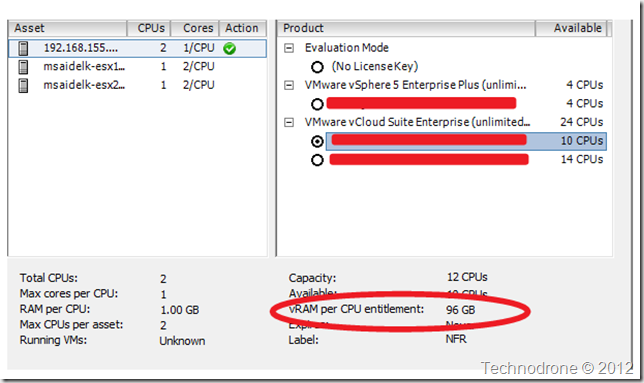 I checked the API as well. 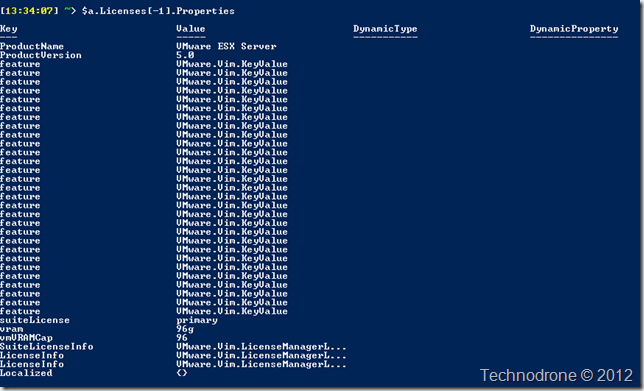 I reached out to John Troyer who got back to me almost immediately (thanks John!!) with an answer. This is still listed in the license – and was not ripped out in time for the 5.1 release – and can safely be ignored. I received the same answer as well from Mike Laverick

I opened an SR for clarification – and am waiting on an official answer – I assume this will be the same as I received above.

I will update with my findings.

I received an answer (as expected) from VMware customer support that there is no vRAM limit on ESXi licenses anymore. This seems to have been a problem with the generation process of the vCloud Suite licenses which should now be fixed. The entitlement can be safely ignored.