Last night I tweeted a poll asking this question.

The choices that people left are more or less what I was expecting but I still think that this warrants a post explaining my thoughts – and also to get yours.

Virtualization is a godsend!! We are finally able to decouple the operating system from specific hardware. For as long as I can remember this was emphasized (by myself – I admit as well) as one of the many benefits for using virtual machines. You no longer have to rely on specific hardware.

So there are a large number of benefits – but what people sometimes overlook is that this decoupling also has a downside to it – and that is related to the poll above.

But before that, another side to this post. What about the migration of old physical machines to VM’s? Consolidation? Does that sound familiar? Well it probably will. I cannot count the number of times I have seen on Twitter people tweeting about converting physical servers into VM’s – I myself have done this quite a number of times.

So what are the reasons that we would convert physical servers to VM’s. Well if you are reading this blog – then you probably don’t need me to answer that question. But I would like to dwell on one specific reason.

You have an application running on a old server – which is being used by some part of the company – and it is critical to their day-to-day operations (isn’t everything????) But the hardware is old, perhaps failing, not reliable anymore. And moving this application to new hardware will require a re-install of the software. But alas the company that sold you the software 10 years ago, has since then evaporated.. I am sure this sounds familiar.

So why is this problematic? You, the VIAdmin saved the day – and averted a large risk – and now have this ancient application running on a VM (until eternity) – the department that owns the application – can breathe easier.

But is this a good thing? Look at the results again 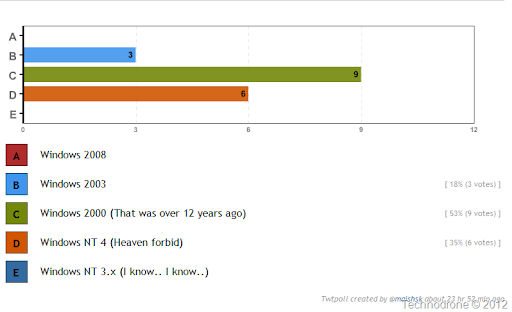 I know that not a lot of people voted – But I am pretty sure that the results would stay more or less the same no matter the size of the poll. And the bottom line comes down the following.

Because of the benefits of virtualization – application owners have less of an incentive to update their applications. And I would like to elaborate a little more on this point.

Before the days of virtualization – when you needed to deploy an application – you would purchase a server with its 3 years warranty and service level (and perhaps even extend that service contract for another two years), install an OS and deploy the application. All parties involved were on board with fact that the server, application and usually also the operating system would need to be re-deployed on new hardware, and perhaps on a new operating system in 5 years time.

In comes the wonders of virtualization. You deploy a VM (no need to install the OS of course) and install the application on top of that. Now you start going into that grey area…

Ladies and gentlemen for those of you who are not aware, Windows NT 4 was released on 29 July 1996, and Windows 2000 on 17 February 2000. End of life for support on both operating systems has long gone by – many many years ago!!! And do you know what Windows 2003 is not that far off? Security Patches are no longer being released. You can only dream of getting support from Microsoft. I am sure that the same goes for the older flavors of Linux as well.

There will always be cases that a dying application needs to be moved to a VM and saved, but in the same breath that you take to revive this server – your next immediate action should be how do you retire this server? The sooner the better.

We are all guilty of hosting old applications and operating systems, I know for sure I am as well. There are benefits to virtualization – but there are drawbacks as well. These can be averted with proper planning – defined standards and a strong will. Without those your virtual infrastructure might one day look like this: 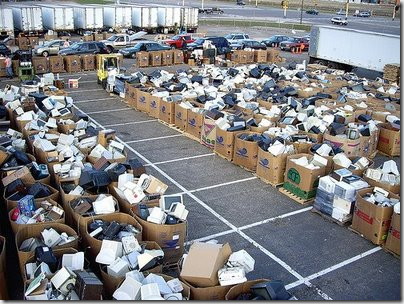 If you would like to share your opinions, ideas or your view on this post, on how you prevent your datacenter from turning into a datayard – please feel free to do so in the comments below.