In some testing I was doing with VM HA monitoring – and I would highly recommend Duncan’s post for some more information on the subject - I needed to crash a VM to test the functionality.

So in essence what does it do?

This Microsoft KB gives you the answers

There are several methods to generate a manual kernel or complete memory dump file. These methods include using the NMI, keyboard (PS2/USB), remote kernel, or NotMyFault.exe tools.

If you can log on while the problem is occurring, you can use the Microsoft SysInternals NotMyFault tool. To do this, follow these steps:

Note This will generate a memory dump file and a “Stop D1” error.

From my testing – I could not get the manual method to work, so I tried the Sysinternals one  which worked well for me. 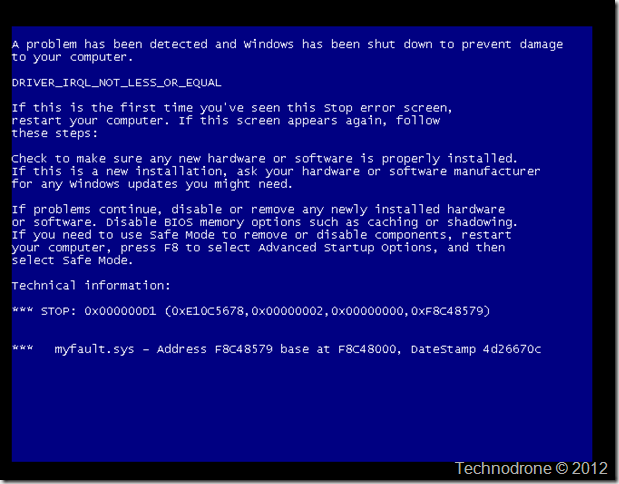 Which of course produces this:

I wish for you that may these be the only crashes you encounter in your day.

Hope you enjoyed the ride …