I was doing some installations yesterday – and I wanted to add a second NIC to a vSwitch on a set of newly installed servers. Of course there were 10 of them, and I did not want to do this manually.

Easiest way to do it (besides installing them with a script correctly in the first place) was with PowerCLI.

What I understand from that – you add an additional NIC to the vSwitch – it leaves the current assignment alone, it just adds another.

And this is how I started out. 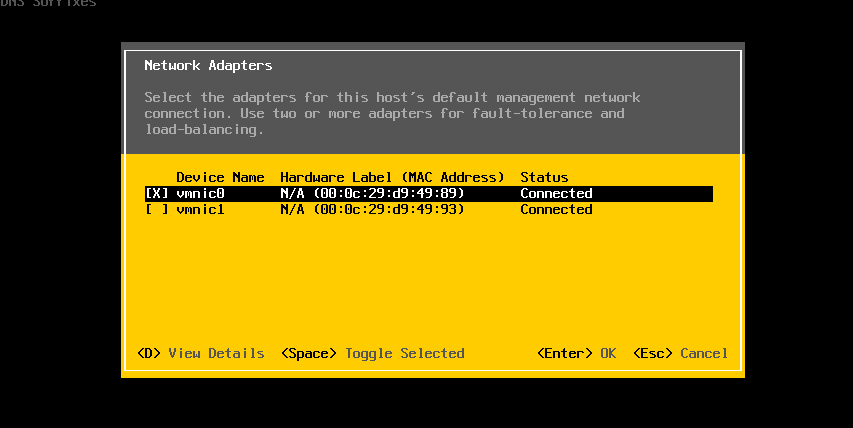 So I set out to add vmnic1 to the vSwitch

The command completed successfully – but look what happened: 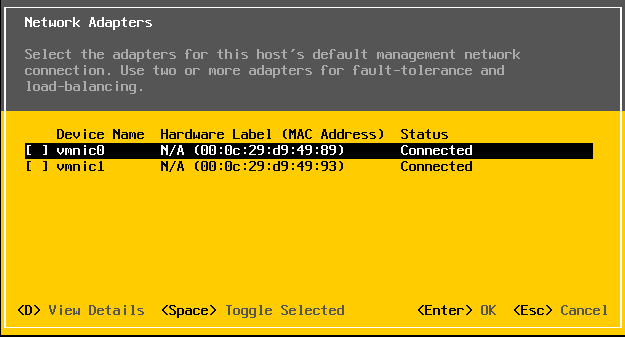 Now this is weird part. In the DCUI – I had no NIC’s selected for the management network.

The case I had yesterday was that the transition on the switches was not fast enough – and I lost connection to the host. ILO was needed to fix it.

But back to this morning. I tried this on a workstation vESX and it produced to different results.

After running this command I was presented in the DCUI with the screen shot above but strangely enough I still had connection to the host.

Which was weird if you ask me.

I then added vmnic0 back into the vSwitch through the DCUI 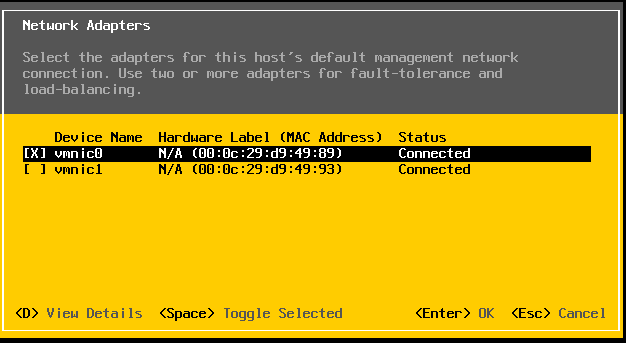 I got my connection back..

But strangely enough in the vSphere client I saw this. 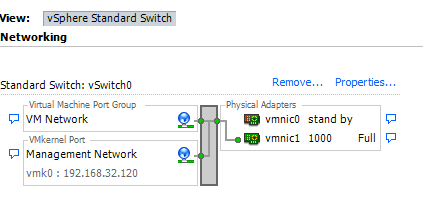 Which struck me as strange. I had this in the ESXi Shell

And now I finally understood what was happening.. The uplink was added to vSwitch0 – but not to the management network Portgroup, which personally I find strange.

What I actually should have done was this.

This would add the second vmnic to the first – and would not have caused me all this trouble, and produced this: 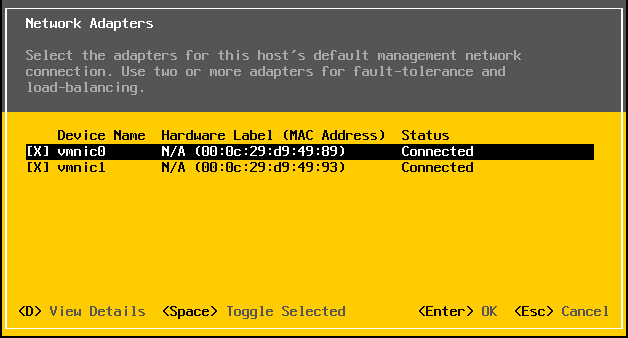 So what can I (and perhaps you) learn from this whole episode?

Now if someone could possibly explain why the host behaved exactly the way it did, I would be grateful. Also why the default behavior of the PowerCLI command did what it did – would be also appreciated..

Hope you enjoyed the ride…