Today I came across a strange issue with permissions and the lack of ability to change permissions on a VM.

Someone had by mistake given the explicit Role VirtualMachineUser to the Built-in Group Users. Don’t ask how.

What did this cause?

Here is what a screenshot looked like when logging in as a Full Admin. I could not change the permissions.

It took me a while to understand why this addition caused these two issues.

What is the Users group? Microsoft’s definition:

The Users group is the most secure, because the default permissions allotted to this group do not allow members to modify operating system settings or other users’ data.

Who are the members of the Users group on the vCenter Server?  All the Domain Users and Authenticated Users 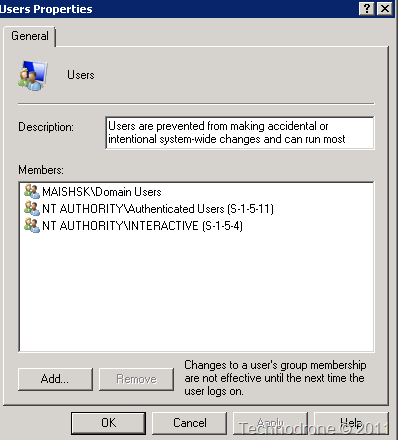 Which means - that no matter who logs on to the server from the domain or locally - they would not be able to change the permissions on the VM. Because they are always - no matter what, part of Authenticated Users.

The last line is what is important:

If a permission is defined for the user on that object, the user’s permission takes precedence over all group permissions.

So here we had a the Administrators who had full permission at the root (propagated), and another group (which all users are members of) that had a lesser permission defined at a specific level. So here the second permission was applied.

Now I was not planning on removing Authenticated Users from the default Users group - especially not from a production server. 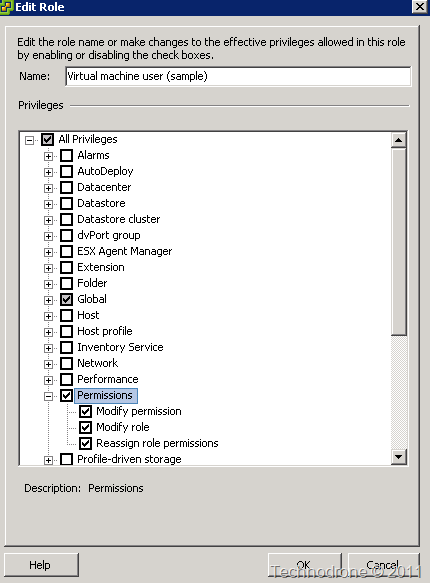 Have you had any other weird permissions issues with vCenter? If so would you like to share?