In my previous post about Converter 4.3 - My First Impressions - I mentioned a new feature called Throttling which was introduced in the new version.

So what does it do? You can limit the amount of resources that will be used by the Conversion Task.

I would like to clarify two things about throttling:

You can use throttling in two different scenario’s

Lets give an example.

Case 1 - Powered on OS - The throttling is performed on BIG_SERVER 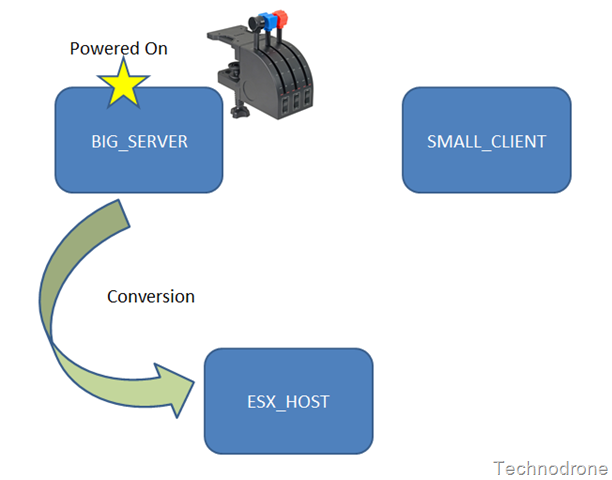 Case 2 - Powered off OS - The Throttling will occur on SMALL_CLIENT 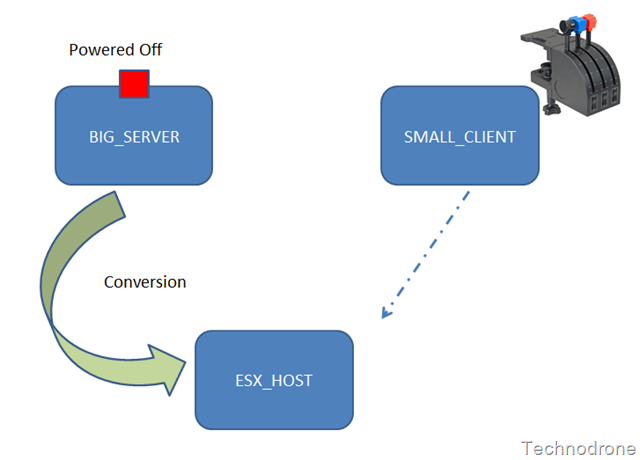 None - The priority of the current conversion task is set to normal.

Light - The priority of the current conversion task is reduced slightly below normal.

Medium - The priority of the current conversion task is set to lowest.

You cannot throttle disk I/O from the Converter Standalone interface, but by changing the network bandwidth indirectly will have an effect on the Disk I/O

It will be interesting to see numbers on what the difference is.. From a capture of a conversion, I did not see the process changed to a lower priority