I am here sitting here at the blogger table on Day-0 (Partner Day) of VMworld in Barcelona, and it is time to close some technical debt (well not really technical but it would be better to call it blogging debt).

If there is one thing that VMware have been doing a great job over the years is abstracting resources, and by that I mean making it easier and easier for end users to use the underlying resources in your infrastructure.

Let’s start with the basic VM concept. Instead of buying a network card, a disk, a CPU etc. that process is abstracted with a GUI (or an API if you that is your thing) which makes adding any of the the above resources a snap.

Networking next. Portgroups – abstract the underlying physical network which makes as easy as one-two-three to connect a VM to a network port and hey-presto – you have a pingable IP.

Virtual desktops (is it the year of the virtual desktop yet?). Abstraction of a pool of resources behind a portal that allows you to get a desktop with a click of a mouse button.

I will dare to say that up until now this have been targeted at making the lives of the end users as easy as possible.

Let me say that again.

“..up until now this have been targeted at making the lives of the end users as easy as possible…”

But what about those poor people that have put all that infrastructure in place? Those poor admins. 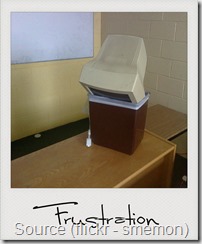 Over the years we have developed tools, written our own code, our own scripts to deploy the infrastructure as fast as possible, and in as much of a standard way as possible.

Of course VMware has given us some tools over the years to alleviate these pan points. It started with kickstart scripted installs, Host Profiles, AutoDeploy. Over the years it has evolved, but there has never really been a proper focus on the administrators who have been installing, maintaining and upgrading the infrastructure.

Of course there were different levels of abstraction introduced over the years, I mean vCloud itself is one huge level of abstraction in itself, and again I think this is mainly for the end user. Of course there is stuff in there for the administrators at each and every level, but still you had to install vCenter, and the ESXi Hosts, and configure all the bits. 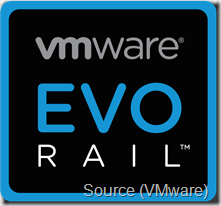 VMware announced EVO:RAIL (Duncan has a great collection of resources here) at VMworld US just over a month ago. For the first time – VMware is abstracting again, and this time it is solely for the Administrators. EVO:RAIL, and the future EVO:RACK will do just that. EVO:RAIL for the smaller scale and EVO:RACK for hyper scale

As far as I know there is nothing in the EVO family that is actually for the end users, it all about the underlying infrastructure. Configuration of the Servers, the Network, the Storage, vSphere, vCenter, VSAN the VMware software lifecycle. None of that is of any interest to the end user – but it is of huge interest to the people that build infrastructure. (of course there is a GUI there to see VM’s but I do not see that being massively adopted).

A lot of talk has been going on around if VMware has entered the hardware market yes/no – and they are continuously stressing that they are NOT – that is a whole different discussion. This aspect of abstraction is something that I have not seen mentioned before.

Please feel free to leave your thought and comments in the box below.