I just finished watching the opening ceremony of the Yom HaZikaron laShoah ve-laG’vurah(Holocaust and Heroism Remembrance Day) were both our President and Prime Minister addressed the dwindling number of Holocaust survivors that are still alive today.

I do not write about politics on this on this blog and I do not do religion either. But every now and again there is something that is close to my heart that I do feel I need to share. Sometimes there are things that make my blood boil that I cannot keep quiet about, so please forgive me.

Less than 10 days ago this made the headlines.

I do not care if it was a hoax.

I do not care if it was propaganda.

I do not care if it was used as a tool to defame one side of the other in the conflict currently in the Ukraine.

I do care that this reminds me of a dark time in the world’s history where 6,000,000 (that is 6 million) Jews were slaughtered in the Holocaust.

My answer to things like this are in the pictures below. 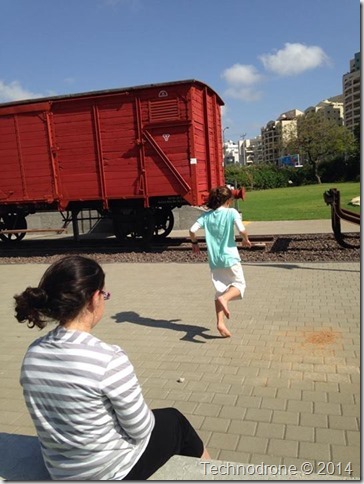 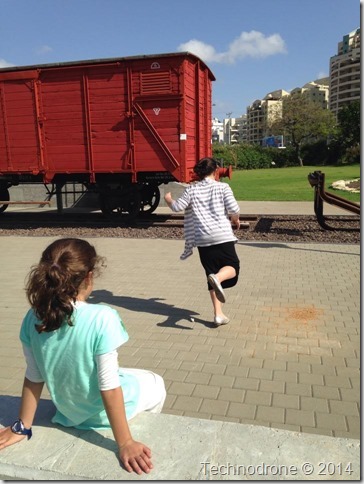 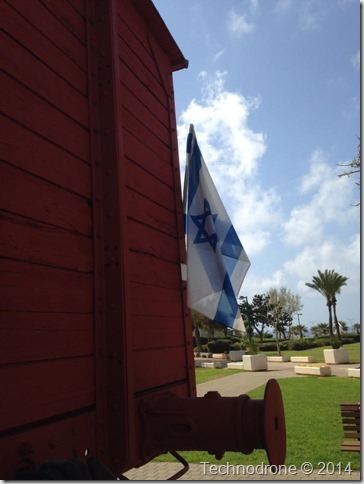 And I would like to explain to you all what it is that you see in these pictures.

Those are two of my daughters, and they are playing hopscotch. This was taken in Netanya, Israel - 10 days ago.

In the background you can see a train car, actually it is a cattle car, a real cattle car that was used in Germany to transport Jews to their death (and this car was brought here to Israel by family survivors as a monument), to the concentration camps, where many of my wife’s family were killed during the Holocaust.

I find it only fitting that such a historical monument is now in Israel, and is being used to teach the young generation about what happened more than 70 years ago. The plan was to exterminate the Jewish race, and today my answer is, 4 generations later, my children play with such monuments in the background, with a the Israeli flag flying right beside it, in their own country – where do not have to fear.

The narrator’s final words, over a general shot of Auschwitz, are,
“It must never happen again – never again.”