I am pretty sure that this one escaped under the radar – because it was not well advertised.

So what has changed?

The other interesting tidbit was this:

Up until now – according to this RedHat KB (Virtualization Support for High Availability in Red Hat Enterprise Linux 5 and 6) – the only way you could install a RedHat cluster on VMware was by using either an RDM (Physical/Virtual compatibility mode), a Raw Disk or in-guest iSCSI disks.

With this release it now changes – you can use a regular VMDK which means regular VMFS. 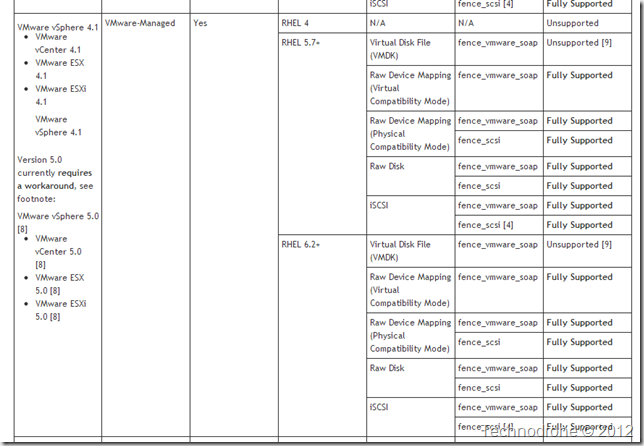 I think that the time is right for VMware put up a page for RHEL clustering support – similar to the one they have for Microsoft Clustering. There is no such page existing today.

Just as a side note for Red Hat 5.9 – neither of these features were added.