Because I have seen two such posts in almost as many days here and here - dealing with installation of vCenter Server on Windows 2008 R2 (which of course is 64-bit only)  I feel it is important to point out that this is not a good idea and to bring your attention to the
vSphere Compatibility Matrix - pg.18. 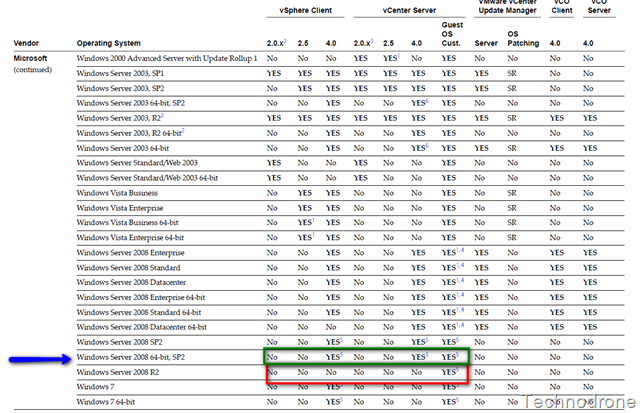 Are you willing to risk the fact that your infrastructure is running on an unsupported platform - and if you run into a problem that is OS related - you are on your own?? I for sure am not!!
For a test Environment or a lab - sure no problem - why not. But I would not do it (and refused) for my Production Infrastructure.

Until VMware updates the above document - I would strongly advise that if you want to install vCenter on Windows 2008 - do so on Windows 2008 64-bit SP2 - that way you can still upgrade to R2 when the OS becomes officially supported.

Personally I think it it is a technicality that the QC process was not completed on Windows 2008 R2 before the release of 4.0 Update 1 - and it will be just a matter of time until it is added in ….